The continuity of living at this location can be traced back to ancient times to date, where many traces exist.

Trpanj, as an old settlement, in his long history has a remarkable cultural heritage starting with a late Roman Gradina to various churches, chapels and monuments.

Gradina is on the hill right above the harbour. It was most probably built in turbulent periods of late Antique, when a great Byzantine emperor Justinian wiped away East Gots from Illyrcum and raised many fortresses along the coast in order to provide safe navigation. The staircase and the path leading to this most significant cultural monument, and an excellent lookout as well, was built in 1936.

This church was firstly mentioned in historical records 15.09.1657. It used to be a small church of St Michael, but it has been added during the years. Out of different artistic and sacral exhibits in this church a special emphasis must be put on the sculpture of Our Lady of Rosary brought in 1855 from Italy. Later it was put on the county seal, and the day when the sculpture was brought to Trpanj had been celebrated as a holiday until 1912.

The Church of Our Lady of Karmel

In 1645, after the death of the contemporary land lord in Trpanj- Stjepan Jerolimov Gundulić who ordered the building of the church in his will, the church was built according to the instructions given in his will: during the period of 40 years from his death all the incomes from his immovables, no matter where they are, should be summed with the incomes of the sale of his movables, and the money is to be used for building a church in the strict center of Trpanj, resembling in its size and shape on the Holly House in Lovret.

During its long history some parts of it have been replaced or added. It is interesting that after Pope’s approval in 1632 to celebrate “the transfer of the Holly House”- from 1683 Our Lady of Karmel’s holiday is celebrated as the most important Tpanj’s holiday.

It was built, as a vow, by Antun Simoneti Šimunov-Antunović in 1695. Inside there is a baroque altar and a mosaic from 1847. 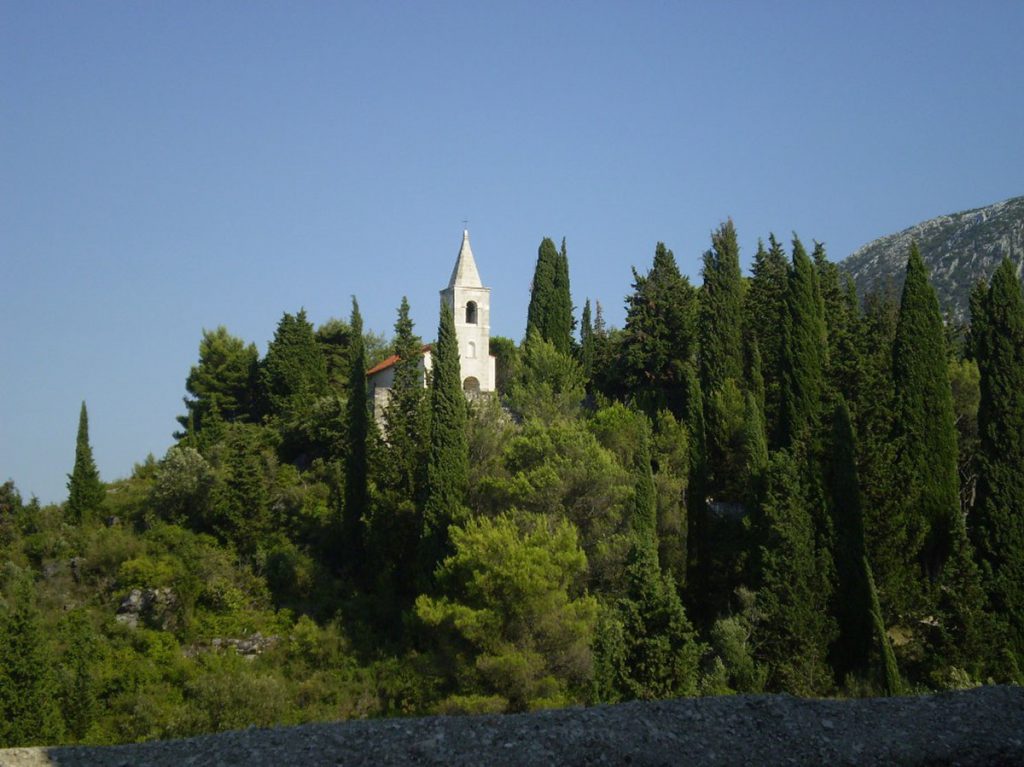 In the first half of 17th century on the highest hill wherefrom the most beautiful outlook stretches to Trpanj’s roofs and Neretva Channel, on the grounds of older church, a new church dedicated to the patron from Black plague was built.

The church was built by Klement Cvitanović in 1840 as a vow-“Being covered with waves and from the death released”- as it is inscribed in the door case of the church’s fence.